This is the second basic casino I have reviewed. The other is Bitcoin Video Casino.

If not, well… you might want to save yourself some time and browse another review.

The thing is Bitzino is a small, yet simple platform with graphics from the mid-1990’s. Only a handful of games are offered.

It’s funny – you would think people wouldn’t be interested in a site like Bitzino when you can join other Bitcoin casino sites boasting of high quality 3D games from the likes of BetSoft.

In fact, as of September 2014, they’ve dealt more than 50 million real money wagers. I bet they dealt double or triple that in free money games. And they’ve only been online a couple of years.

So, apparently people like what they have to offer.

Maybe you will, too. If you like simplicity over bling-bling then read our review. Bitzino might just be up your alley.

Don’t listen to any scam claims you find online.

I’ve read several and have come to a conclusion – most of those guys are full of it.

For example, one guy claimed that he knew right away Bitzino was a scam. But then he claimed he proceeded to deposit 100 BTC into his account anyway, just to prove it.

What kind of idiot does that?

Anyway… that’s not to say this casino is perfect in every way, or that every complaint should be brushed off.

Just try to read between the lines to see if someone is truly seeking a solution to a problem, or are just to start them.

Each deposit will take up to 10 minutes to clear.

Withdrawals are handled within 24 hours, although the owners/administrators say it’s often much faster than that.

You’re not going to find a 150+ game library here.

The amounts you can bet will vary from game to game as follows:

These are some large limits – the largest I can remember seeing from a bitcoin casino.

They use HTML5 so you don’t need to download anything – you can play all the games from your browser.

Funny thing, though – the games aren’t mobile friendly… yet… but hopefully they fix that soon.

But the biggest downside.

The lack of games.

It fits the simplistic nature of their site, but I still think it’s going to turn players off. And from what I see it doesn’t look like they’ll add any new games soon. Their updates were consistent for their first 18-24 months, but dropped off after that. 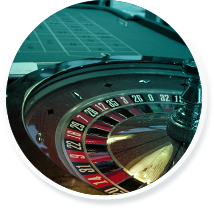 I give them a B-, which is just a slight downgrade from Bitcoin Video Casino.

There is one simple reason for this.

Bitzino is dropping the ball in the forums (for whatever reason), while the guys at Bitcoin Video Casino put in the work daily to make sure their users are informed and happy.

And that’s in despite of them trying to sell their site.

But if you don’t care about that then it doesn’t really matter which casino you join – Bitzino or Bitcoin Video Casino – both are fun little options everyone should have accounts with. 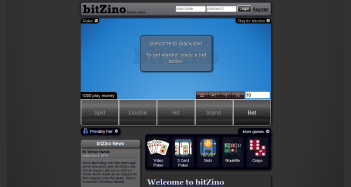 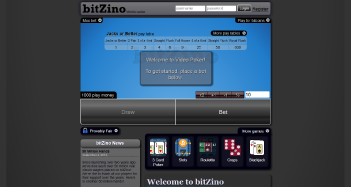 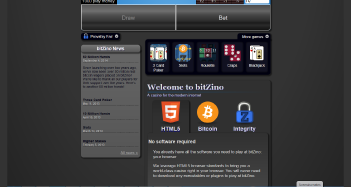